Matt in Jujuy - Part I

Hello. I'm Matt and I've been volunteering for Voluntario Global for 3 months. I've spent most of my time in the ''Comedor Los Pibes'', a social political organization in La Boca. I recently spent a week in the beautiful province of Jujuy with 11 compañeros from the Comedor under the catchy title of ''Comunitarian self management for the exchange of knowledge''. The idea being to exchange information and ideas between the Comedor and the sister organizations there. I went for Voluntario Global to look into possibility of volunteers working there. I'll try and give you an idea of how the week went.

We left at the barbaric time of 8am on Sunday to cover the 1,600 km to Jujuy from La Boca. Having worked there for a few months I felt comfortable in the group although more as a volunteer than a compañero, for this I was a bit unsure about how the week would go but they were very welcoming and friendly, especially La Negra (not as racist as it sounds) who continued to call me ''Hello'' until Wednesday. Sunday was basically the journey and Argentina's finest service stations, it ended well with celebrating popular compañero Pedro's birthday. 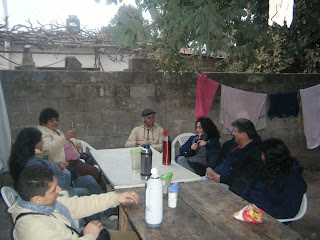 On Monday we arrived early in San Pedro and at our temporary home of Romina Fernandez, the co-ordinator for Comedor Los Pibes San Pedro. The first of many many meetings began soon, I had been charged with video recording the week for the Comedor which can best be described as learning by error. The meeting went well with a good exchange of ideas and after lunch and a walk around the village, the 2nd meeting began. It was again productive but a bit of a stretch at 3 1/2 hours, people were literally falling asleep at the end which is usually a good time to call it a day. In the evening we celebrated dia del niño with the towns children and some unbelievably dressed clowns, after some delicious home made empanadas, we were about done and the 1st day was over. The solidarity and generosity between the groups was something I quickly noticed, be it opening their house to us and feeding us for free or Los Pibes donating a computer or a projector, it was touching to see such humble people prepared to share so much. 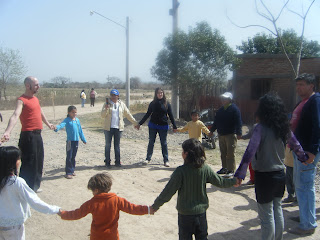 On Tuesday we went to Tupaj Katari in the capital city San Salvador. Tupaj Katari is similiar to the Comedor in that it fights for social justice whilst also providing a service to the community. It made a good impression on me, I found them driven and intelligent people based on the principles of ´´action and talk´´. Perro Santillan, the Tupaj Katari leader and a prominent Argentine militant also stressed the importance of solidarity. After a tour around the town and its beautiful countryside, and creating a panic by going for ice cream without telling everyone. The meeting began, it was again positive but more so the assembly later on as there was a heated debate with where our compañeros spoke passionately about their work. It was an unusually passionate meeting but for this reason, successful. We returned to San Pedro pleased with the days work. For the 1st time in Argentina, I felt I had arrived in the true Latin America today. For a province where 40% of the people live under the poverty line, the problems and injustice were brutally clear, I think any volunteer would feel enthused and motivated working there. 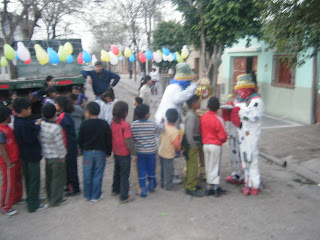 To be continued next week…

Open-mindedness involves the ability to be open to new ideas, experiences, theories, people, and ways of living. It is also about adopting a fair and respectful attitude towards opinions, beliefs, and practices that differ from one's own. One of the main factors in this skill is tolerance: being well disposed implies accepting others without judging, negatively criticizing or being unpleasant.

THE KEY ROLE OF RESPONSIBLE TOURISM

This pandemic has shown us the strong negative impact that human actions have on the planet without a sustainable perspective. We are acquiring new habits, restructuring our way of life to take care of each other, but are we really thinking about the future and the environment?

Two of the skills related to how to handle difficult situations are conflict management and problem-solving. They might seem similar, so we should start by defining both of them.

The initiative involves the ability to proactively propose ideas or solutions and act consequently. This soft skill is highly appreciated in the professional environment, but it is also very helpful for personal growth.

Ethics and commitment are soft skills strongly related to the work environment, but they also take place in our involvement with any kind of institution. How is that ethics is a skill?

Public speaking is the ability to communicate clearly and effectively in front of both familiar and unfamiliar people. Even though you may think it's not a volunteering-related skill, public speaking will be involved.

Why is responsibility a soft skill? What does it mean? To be responsible is actually an ability. It's the ability to assume one’s own actions and to be accountable for them.

More in this category: « Thousands March in Protest against Gender Violence in Argentina The greatness of a nation »
Login to post comments
back to top